Why Our Tweens Don’t Have Smart Phones 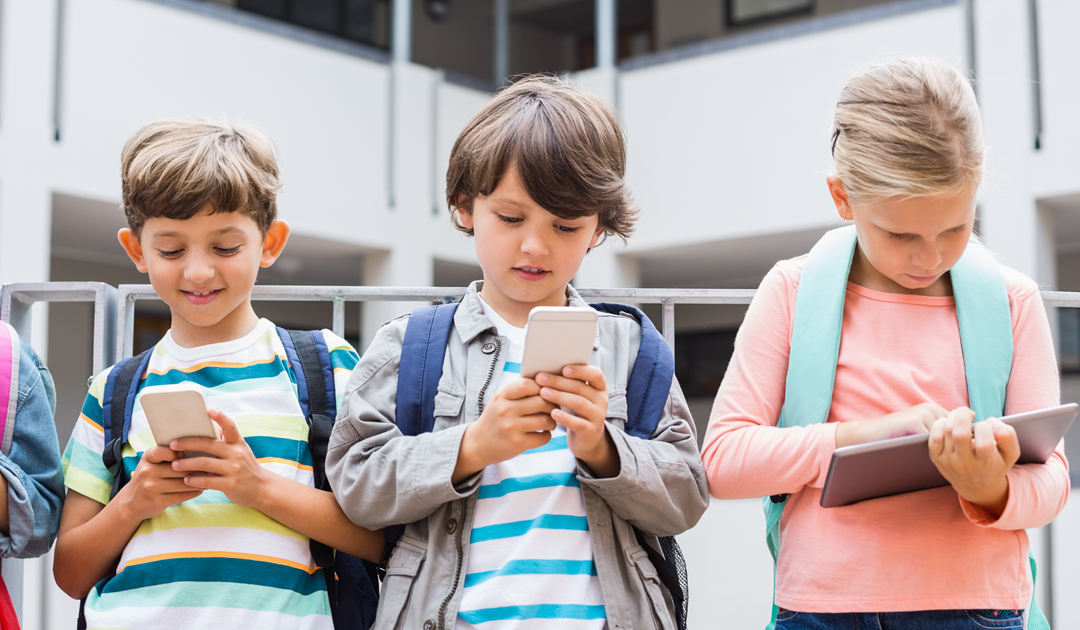 Did you know that the average 11-year-old is now carrying a smart phone to school?

From where I lived in California to down here in Georgia, it’s a national phenomenon. Kids with smart phones. Hmm… I wonder how they pay for that monthly data plan I often question if I should even have..

I first realized this when I worked with middle school girls in California. They were so obnoxious with those phones. They were constantly checking their phone, calling their mom to come get them if they thought they’d have to do any work, and blaring their loud obscenity-laced music. *Groan*

Here are the reasons parents give for buying their tweens one of these phones and sending them to school and school functions and sports practices with them:

But those reasons don’t hold water. You can do that with a regular old no-data-plan flip phone. No Google required to call Mom or 9-1-1.

And all their friends have one? Is that what they say in the middle east when kids sign up for ISIS? Well, all the other boys were doing it, so…

Okay, you may think that was an overly dramatic and ridiculous example. I know. Maybe it was, but it seemed better than, “Well, if everyone was jumping off a cliff, would you jump off to?”

Why am I so opposed to my pre-teens having smart phones?

Do you know what’s on it?  I think we all know that Google and YouTube alone are enough reason not to send your tween off with an unsupervised phone, tablet, or computer. Yes, I’ve heard of KidTube. And no, I don’t think an 11-year-old will stick to KidTube when you send him or her off into the world with his smart phone.

I asked some tween boys, “Do your friends ever show you gross stuff on their phones that you don’t want to see, say at sports practice or wherever?”

“Yeah.” And they gave me valid examples.

Obviously. Of course they do. I don’t care how many filters you put on the thing, and many of us don’t even know how to work the filters anyway.

Do my children use the internet at home? Isn’t that the same?

Yes, they do, and no, it’s not the same at all. At home, your kids are hopefully somewhat supervised. No, you don’t watch a 12-year-old every minute he’s at home. That would be crazy, but you can walk by and look over their shoulder any time you want. It may not be 100% effective, but I guarantee you they are less likely to visit sites they know they’d get in trouble for under your nose than they will out on the bleachers, surrounded by all their friends.

Obviously, we have to work even harder than our parents had to about teaching our kids to stand up against pornography exposure, but we are talking tween boys and girls here. Even the ones who do not want to view bad things may not have the maturity to stand up to the crowd when the crowd is going in the wrong direction.

It doesn’t matter if your child is the most trusted child in the world. The temptation is there. They are young, they are learning, and they are going to be exposed to things you know aren’t good for them.

“Well, if all their friends are using the smart phones, what good does it do for my kid to not have one?”

You are right. They will see what is on their friends’ phones sometimes, but that doesn’t mean we should hand our kids one too, when it seems like an obviously bad idea.

–The average age of first exposure to internet pornography is 11. (2013, Study for Parent/Youth Understanding) I’ve also heard 10, for that stat.

They are going to see things you don’t want them to see. That’s a given, but don’t build a map and provide them the tools to do so. Talk about it, watch them, and set limits. An important limit for us is not buying a smart phone for them during these sensitive middle years. They do use electronics at home, but only on the weekends, and in common areas where I can keep an eye on them.

-This isn’t a good kid/bad kid thing. All kids are naturally curious and are going to looks things up. This New York Times article is an excellent example of that.

-With that said, there are also tweens that your children and you know are more prone to look for trouble. We do coach our boys on ways to steer clear of the bad crowd. (I say boys because I don’t actually have any girls.)

We have no affiliation with the Covenant Eyes Internet filter company. I simply thought their infographic was useful. There are many companies like this that you can look into to help protect your family.

The thing about pornography and bullying and other things you may learn about on the internet is that they are not harmless.

There will be many obstacles to overcome through the tween and teen years. We only want to make the best, most informed logical decisions to guide our children on their way. I’ll leave you with one last story to illustrate my point here.

I had a friend 10 years ago who married a man with a teenage son. She noticed that he took his laptop to the bathroom with him when he went to shower and would stay in there for way too long. He said it was so he could download his music.

Turns out that was not what he was doing. Once she realized her gaffe, the laptop no longer went alone with the 15-year-old to the bathroom or his bedroom. These are simple ways to prevent kids from becoming addicted to pornography.

But that was before smart phones were common. Now it’s even easier for these things to happen. Do your kids take their smart phones to the bathroom or their bedroom? Probably.

We all struggle with figuring out where to draw the line.

This is just a little food for thought, and yes, once my boys are in high school, and they can pay for their own data plan through hard work, then they may be able to have one. I don’t know yet. We’ll see. I’m not a total off-the-grid type. I’m just trying to be responsible.

If you have a filter or method that works for you, we’d love to hear about it in the comments below.