How Outsourcing Can Help You Grow Your Web Design Business 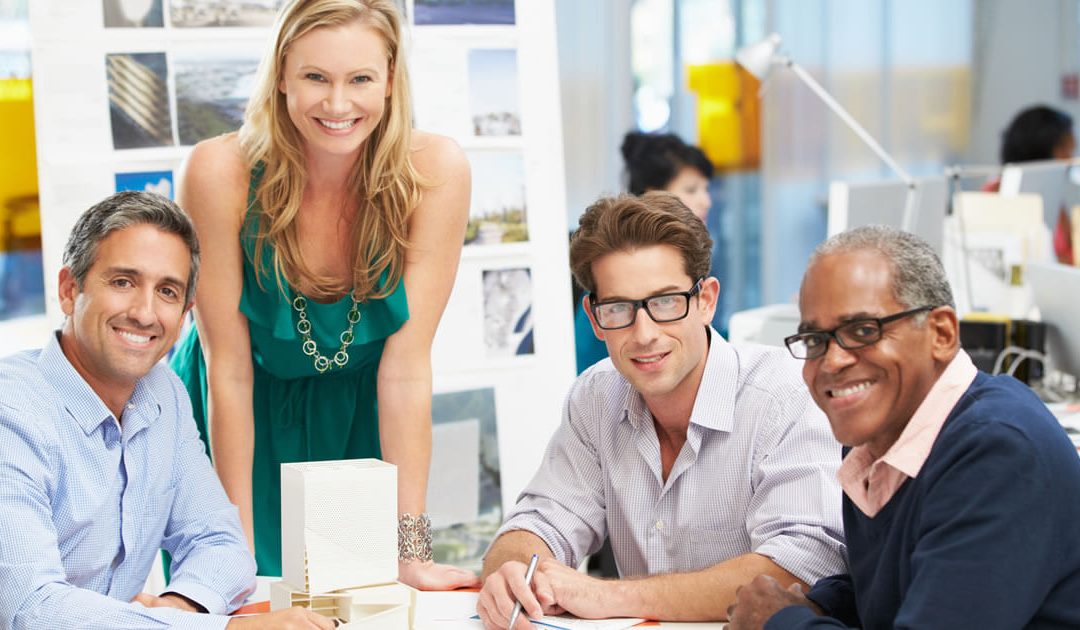 How Outsourcing Can Help You Grow Your Web Design Business

Web design is not my first career. Previously, I worked in typical corporate IT departments in and around NYC, writing Cobol programs that crunched numbers, nothing remotely resembling web design. Ten years ago, my two then-young kids nestled in school, I tried my hand at building websites, first by coding HTML/CSS, eventually migrating to Joomla! CMS , and finally settling on WordPress around 2010.

Self-employment, working from home, making my own hours, choosing my projects, it was a fascinating new experience, very different than the corporate 9-to-5 jobs I was used to. I was fortunate that my husband was able to support us financially through the start-up period. Much like Randy Brown’s start, (“How I Left My Job to Be My Own Boss” ), I had a passion and the basic skills to start my own business, and I just “went for it”. The early days were filled with learning and experimenting. I consumed books and blogs, watched webinars and podcasts, and built a lot of small websites, mostly by trial and error. After 20 years of working in a full-time corporate environment, I thoroughly enjoyed this new found freedom. Doing my own thing. Flying solo. Right up until I didn’t.

During the summer of 2014, I had hit a wall. Try as might, I just didn’t know enough about the inner workings of WordPress, PHP and Javascript and more advanced CSS, skills that fall under “Developer” rather than “Designer”. I wanted to make fancy, custom sites, and e-commerce sites. I found myself working longer and longer days, and then well into the nights, struggling as I read the books and followed the tutorials, only to find many were just beyond my skill level. Even with my programming background, sometimes I just wasn’t able to bridge that “tech” gap.

By not cultivating more advanced skills, I was turning away good leads. Part of me really believed I had to do it all myself. Because outsourcing was cheating, right? I was already working 60+ hours per week, but surely I’d fill in the gaps if I spent just a little more time each day learning. By the time I realized it just wasn’t possible to “do it all” on my own, I was working 80 hours per week, sleeping 2-3 hours a night, and essentially ignoring my family. Self-employment wasn’t fun anymore.

I realized one of the hardest parts of freelancing was not having co-workers to fill these knowledge gaps. I missed that supportive aspect of the corporate environments I had previously worked in. I began thinking about “hiring” people. But how? Still fairly new to self-employment, I relied heavily on the information provided by my overly cautious, self-employed accountant (in hindsight, I think she may have been trying to keep her job of preparing my taxes as easy as possible). I would ask: Can I hire people to help me? No, no! NO employees, she insisted. She scared me into utter paralysis. Yet, without help, I was stuck in a design rut, effectively making the same basic sites over and over.

Still, something had to change or I would never really make a sustainable career out of web design. And change they did. It was around September of 2014 and the Divi theme was gaining a loyal following. The actual topic of the Elegant Themes post escapes me now, but I vividly recall reading a comment, left by “some guy” named Keith Davis, inviting people to check out a growing new Divi Help user group on Facebook. I joined and was amazed by things other people were doing and sharing. It quickly became very apparent that I could learn a lot from them. I didn’t know it at the time, but joining that group would eventually reveal many new options to overcome those “gaps” in my skill set.

Over time, I got to know some of these Divi FB group members better. We were communicating on a regular basis. Alliances had begun to form. It occurred to me, maybe I could “hire” some of them. Not as employees, but as collaborators; freelancers providing services to fill the gaps. But again, how? I’d never even met these people.

At first, I was hesitant. Who could I trust? And how could I afford them? Who to trust became apparent fairly quickly. The “professional” online friendships grew through daily texting, emailing and eventually video chats. As these friendships grew, so did the trust. I started to see that many of these people were in similar situations, getting by, but lacking in one or more areas that would help them take their businesses to the next level. I also noticed that when they began “inter-collaborating”, their businesses started to soar.

Eventually, I realized these very relationships I’d cultivated online with other designers and developers were the best way to get the trusted and skilled help I desperately needed to grow my business. We never thought of each other as competitors, but rather a Web 2.0 version of co-workers. A network of varied skill sets. And certainly supportive friends. They helped me view collaboration as a viable solution to many problems I was facing.

Part of me struggled with the expense of hiring freelancers. I would have to part with a portion of my still meager earnings in order to grow my business. I did what I could to keep expenses down, like following Dana Damato’s tips, but despite my frugal nature and long, hard hours, I never seemed to earn much more than minimum wage. I had to completely rethink the concept of hiring help or I would never bridge this gap and become a viable, profitable business. Eventually, I understood that paying for outsourced services wasn’t so much an expense that would cost me “profits”, but as an investment to expand my services. This, in turn, would not only attract more clients, but it would increase productivity, and in the end, increase profits.

Team Building with Other Freelancers

Several of these web designers shared their outsourcing experiences with me, and I learned that they were supplementing their service offerings by “hiring” freelance sales people, developers, project managers, copywriters, and business strategists. When they needed help with tasks like lead generation, PHP development, e-commerce sites, social media, SEO or maintenance, they now had a “team” and they were able to bid on larger scoped jobs with bigger budgets because they bridged the gaps, they had the support they needed.

Over time, I reached out to a few of these people, people I respected who demonstrated their abilities and reliability. One by one, I added them to my “team” with the understanding that my clients could rely on them for the role we agreed upon. It was a relief and a boon. Instead of trying to be a jack-of-all-trades but master of none, now I focus on the parts I do (and like) best, and now collaborate with others who can fill in the knowledge gaps effectively and efficiently.

Paying freelancers for services on an as-needed basis opened up a whole bounty of new services. They filled those knowledge gaps, allowing me to bid on projects I once considered too hard or too big. Meanwhile, I could outsource time-consuming tasks for specialized functionality, or to perform maintenance and non-design tasks that would have cut into more profitable (and enjoyable) design work if I had to “do it all”. Expensing their fees as technical consultants rather than employee salaries kept my accountant happy, and reduced my “taxable” income.

The field of web design has become much more competitive than it was just a few short years ago when I got started. To remain competitive and profitable, I have to be able to consistently and efficiently build the best sites to help my clients grow their businesses at a reasonable price while still earning my desired income. I realized an important skill is recognizing and using all available resources. Why should my clients be limited by my skills? Why should I? Being open to collaboration is the best way I could think of to continuously improve my business, by allowing me to provide a broader range of truly expert services. I’m happy, my clients are satisfied. Everybody wins. 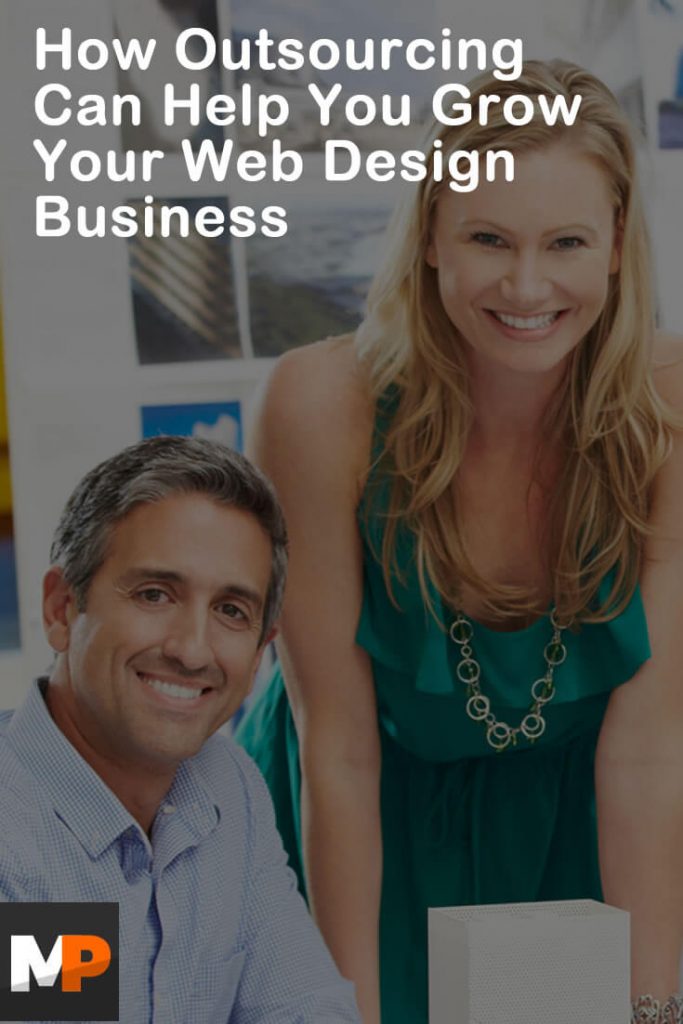 Founder/Web Designer at Viva Design Studio
Kathy Kroll Romana is the founder of Viva Design Studio. She creates websites for a variety of business genres by getting to know the ins and outs of each business. Passionate about all things design, Kathy is also known around her neighborhood as the go-to person for kitchen and bathroom remodeling advice.